Dear Sage and Sabine, First and last time I went to visit our Lola Rosa in SF was 21 years ago (1985) While Dy and I were in her apartment she noticed that I was rifling through one of her favorite books- Colleen McCullough’s “The Thorn Birds.” Right there and then she gave the pocket book to me as a gift. About a week ago, right after I got back, I started flipping through it again. It’s already old and weathered. Each page is the color of dark parchment stained by twenty years or so of exposure to the elements. The book is really endearing because of all the Non-Medical books I’ve read, it is the only one I underlined words that were not yet part of my vocabulary. I’m dazzled by my discovery of the book that introduced me to an encyclopedia of words; from something as simple as “ilk” to a “maelstrom” of polysyllabic ones. It is the only Non-Medical book where I made notes along the margins and in some empty spaces between chapters. While reading them I remember that the reason why I have strong ANTI-MALE CHAUVINIST views now is because the author was so good she actually made me sympathize not just with Meggie’s character but with all women. She is one author YOU THREE GIRLS (and your mom Ayheen) have to thank for your Dad’s right attitude.

Tonight, when I came home, I noticed that you guys may have been playing with it the whole day. One of you ripped the last two pages off the book. I’m sure it’s just an accident. But I almost went ballistic. Almost.

So when you guys grow up please remember that even though I sometimes act like a tyrant, I am, at heart, a benevolent dictator who knows how to forgive his kids even when they do the darndest things. Sometimes.
Written by TK at Thursday, March 30, 2006 2 comments:

Dear Sage, Today, 6 years ago, you came into our lives.

You have only very simple requests for your birthday: a pet and a movie. Last Sunday we already gave you a pair of rabbits. We are lucky you understand that we have yet to put in our budget your first wish (very expensive puppies like what your cousin Kay owns. Pomereinian and shih-tzu.)

I guess we partially made it up to you by taking you to a movie about a dog (Tim Allen's "The Shaggy Dog") It was the first time Sabine watched a movie with us. Both of you enjoyed it. We all did. Including your Lola Letty. Only Sadie was not with us in the movie house. Then afterwards we ate pizza. NY style.
Written by TK at Tuesday, March 28, 2006 2 comments: 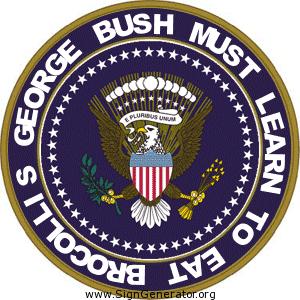 Dear Sabine, I remember crying my eye sockets out when I was a kid because your Lola Helen wanted me to eat bean sprouts (TOGUE.) I'm not much of a vegetarian but I did learn to love TOGUE, but then again that happened only after I became a teenager. Atleast I can say I'm much better than George Bush, Sr. who never learned to eat brocolli. He even tried to ban it once in the white house during his SINGLE TERM.

Anyway, I'm so proud when I saw you choose veggies over meat. You eat vegetables and pick them off your plate like hor's d'ouevre. I know your Lola Helen is very proud of you.
Written by TK at Friday, March 24, 2006 4 comments: 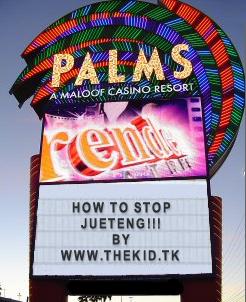 Dear Sage, Once in a while you'd probably see LOTTO tickets in my personal effects when you grow up. I do bet on LOTTO sometimes but no matter how Large the potential winnings are (which could be as high as $5 Million) I make sure that I bet only 20 cents. I figured that I can afford to lose 20 cents a month on lottery. Years ago, my high school teacher computed the odds for me. Whether I bet 200 dollars or 20 cents on lottery does not really matter. The Chances of LOSING your 20 cents is as high as losing your 200 dollars. That's why, in the lingo of 21st century, "hindi ko kina career" ang LOTTO. The risk of losing money is TOO HIGH. Since I can afford to lose 20 cents, I have as much fun in checking if it wins anything but IF I bet too much (more than 20 cents) I don't think it will still be fun if I lose.

The more money you pour into these quagmires, the more money you will lose in the long run. There is a reason why big, money hungry corporations are not betting huge amounts of their revenues into Jueteng, Lotto, and Cock fighting even though the promise of ROI is theoretically 100 million times the original amount- It's because they are sure to lose HUGE AMOUNTS OF MONEY if they gamble it away.

A lot of gamblers have been seduced by the Catholic school dogma saying that "you should not gamble because it is... IMMORAL" which is like equating gambling to sex, drums and rock n roll. HOGWASH!

I read a quote once that says "to equalize the money rich and poor people have, the poor should not be permitted to gamble away their monies while the rich should be permitted to do nothing except gamble in the casinos"

The current political leaders are copping out of their duty to protect the people from gambling by legalizing its most virulent form in the Philippines: Jueteng. By doing this they let people believe what the jueteng lords want the people to believe: that it is a "VICTIMLESS" crime.

That's why the Poor should HATE THE JUETENG LORDS more than they HATE trapos. The Jueteng Lords take away MOST of their money but to bait them on these criminals give them back SOME of their money as "jueteng winnings" If you bet and lose 1,000 pesos of your hard earned money every month and you win ONLY an average of 500 pesos, you still lose. Unfortunately our people forget that when they add up the loose change (25 centavo coins) they and their community give to the JUETENG LORDS, they forget that it is much BIGGER than the JUETENG WINNINGS that the greedy jueteng lords permit them to win once in a while.

I'm sure that jueteng will still be a problem in your generation. But I hope that this blog entry will make you and your sisters realize why you should be as smart as PLDT, ABS CBN, and San Miguel Corp. when it comes to investing your money.

Dear Sage, Sabine and Sadie, may your hearts be warmed by this collection of Irish Blessings 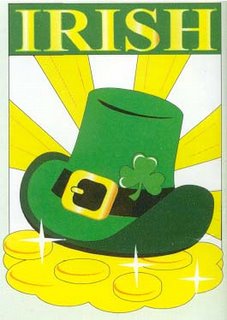 May your pockets be heavy and your heart be light,

may good luck pursue you each morning and night.

May the roof above us never fall in, and may we friends gathered below never fall out.

As you slide down the banister of life, may the splinters never point in
the wrong direction.

May your neighbors respect you, trouble neglect you, the angels protect you, and heaven accept you.

May you have warm words on a cold evening, a full moon on a dark night,and the road downhill all the way to your door.

May your pockets be heavy and your heart be light, and may good luck pursue you each morning and night.
May your blessings outnumber the Shamrocks that grow, and may trouble avoid you wherever you go.

May you live a long life, full of gladness and health. With a pocket full of gold, as the least of your wealth.

May the dreams you hold dearest, be those which come true. The kindness you spread, keep returning to you.

May the friendships you make, be those which endure; and all of your grey clouds, be small ones for sure.

And trusting in Him, to Whom we all pray; May a song fill your heart, every step of the way. 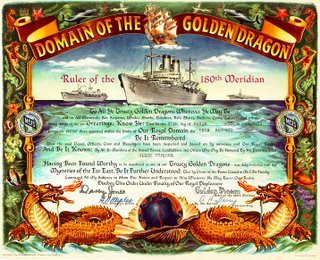 Dear Sage, a couple of days ago I chatted with a friendly Pinoy expat who is visiting the Philippines after so many years. I guess she was glad to find a sympathetic ear because she was very frustrated for missing her Birthday (it was on March 14, when she left LA airport on March 13, she crossed the International Dateline from east to west hence when she arrived in Manila it was already March 15). Years ago, those who cross the imaginary line get a certificate like the one above.

Well, if it's any consolation, atleast she shares the same birthdate with Albert Einstein. And he knows a lot about the concept of TIME.

I think I was a small kid of 11 when in 1979 I read an article marking the centennial birth of Herr Einstein. The words were profound. It went on to say that Albert was one of the very few men who "with sheer force of intellect, rolled back the darkness of the surrounding universe."

His most famous Theories described Time, Space and Gravity the way classical physicists could barely understand. How could you possibly make Newton himself believe that Gravity is just a function of geometry, a curvature of space distorted by a great mass. Something I have given up trying to understand after 38 years of existence. It was at first thought to be heretical in the intellectual circles of the post victorian era. There was a poem that illustrates how his theories brought more chaos than understanding of the universe. It goes something like this...

"Nature and natures laws lay hid in night
God said, 'Let NEWTON Be!'
and all was Light

It did not last.

Some ideas are so revolutionary that we should check in our prejudices at the entrance before entering the door of science. Einstein also was compromised by his prejudice. He was the last classical (deterministic) physicist of his generation. It was a bad thing. He opposed the idea of quantum mechanics. Today it is an established theory and a bedrock of modern science. I often wonder how far we would have advanced in the 1930's had Einstein embraced Quantum theory instead of being its Number One critic.

He is not as smart as I once thought. But that too is not a bad thought. It makes him as human as you and me when we think that he is prone to foibles you and I make.

The advice below, though it came from a flawed and very human poet, should be heeded by all including Herr Albert.

"Free your mind, and your ass will follow" -Bono


PS. belated happy bday to Jen of NY also celebrating on March 14, Moi of Manille also March 14, HAPPY BIRTHDAY to Maida of Manhattan (March 16) Reymond of CICG and my GrandFather, Pitong, who would've been 102 summers young today had he not passed away
Written by TK at Thursday, March 16, 2006 2 comments: