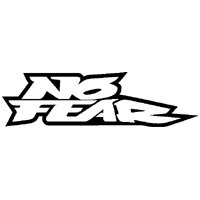 A few nights ago we were surprised to see you drinking water from your plastic cup since none of us brought one upstairs to our bedroom that night. We became more surprised when we realized that you went downstairs, on your own, grabbed your plastic cup from the cupboard, opened the ref door and poured yourself a drink. And you did it all by yourself IN COMPLETE DARKNESS.

Even Ate Sage is impressed. You ain't scared of the dark. And you shouldn't be. Darkness is erroneously associated with "Ghosts." Ate Sage knows that there are none but sometimes she still gets a very goofy feeling when we turn off the light.

Someday you may hear of ghost stories told even by respected people. Just tell them that it will take more than stupid apparitions to scare the heck out of you.

Ghosts are not real. They are simple momentary delusions of common people, brought about by fatigue, alcohol, depression or simple supertitious beliefs. They become urban legends after endless repetitions. We all love fantastic stories. Ghost stories are part of a very entertaining genre. It's okay to appreciate such stories. Just don't let con men sucker you into believing that they are more than that.

just in case fruit cakes like lichauco and rene mariano and madame auring start to make you doubt your inherent faith in TRUTH and SCIENCE, I suggest you start watching the TV cartoon series "Scooby Doo" again.

Dear Sage, Today is September 11, 2006. Five years ago I know exactly where I was when NY and DC were attacked. The first person to ask me who could have done such an atrocity was your Ninang Jenn. Incidentally, my answer to her question was a certain Usama bin laden. I read in the news that the american naval destroyer, USS Cole was attacked a few months before and he was suspected of being the mastermind. But I think the real reason why I told your Ninang Jenn it was that guy who was behind the attack was because I saw his name and picture in the movie "Hannibal" (it was shown alongside the FBI's Most Wanted Criminals). Just a few days later I was having doubts on whether he was capable of doing something so horrible. I speculated it could've been domestic terrorists. America has its share of those too. David Koresh, Ted Kaczynski (he is the HARVARD educated "Unabomber"), Randy Weaver, Timothy McVeigh and a host of para military/militias that are so enamoured by the second amendment, some of them probably sleep with their American Made Remington Rifles and actually fear "world dominance" of the UN.

Anyway, it was very convenient for W. Bush to pin the blame on "Islamists" because the current bedrock of his party are religious conservatives who think that ALL moslems are the devil's agents.

Some friends of mine told me that according to the movie "farenheit911" the attack was the best thing that ever happened to the bush administration. It solidified his hold on the religious conservatives and gave him an excuse to unleash his hi-tech military hardware against a third world country barely out of stone age (IRAQ).

Maybe someday they will question the prevailing conventional wisdom that it was a foreign terrorist group that attacked NYandDC and not a domestic one. I just want you guys to remember that the September 11 attack was not carried out by "Moslems." Just like the Holocaust was not executed by "Christians." Or the recent massacre of lebanese children was initiated by "Jews."

To call those terrorists Moslems, Christians, or Jews, implies that they follow the dictates of their religion. Islam, Christianity, Judaism FORBID atrocities like september 11, the holocaust, bombing of lebanese children. The terrorists who carried out those things are like the terrorists who invaded palestine in the convoluted belief that they are doing God a favor by engaging in such a "crusade," or like those who carried out bloodshed in the sikh golden mosque.

They were carried out by ignorant Men waving the Bible, the Qur'an, and the Torah.
Written by TK at Monday, September 11, 2006 1 comment:

Dear Sage, It's the First of September. First day of the "Ber months."

We are having problems. Lots of it. But you know what? Two nights ago, while praying, you said something that really tugged at my heart. You said that in a conversation with your classmate Anika, you told her that you heard me say that EVERY DAY IS CHRISTMAS. It's true. You guys always make me feel like it's Christmasday. I really don't know why you mentioned it. Maybe because you knew I needed to hear it.

Maybe because GOD does speak to us through our children's lips.
Written by TK at Friday, September 01, 2006 1 comment: 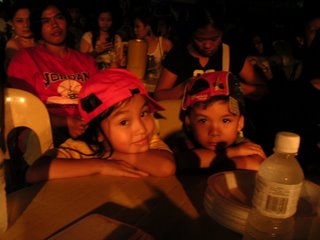 Dear Sage, Cousins Kit and Boing have their own blog. Thanks to your Ninong Noey. Welcome!!!
Written by TK at Friday, September 01, 2006 No comments: