This Too Will Pass Away 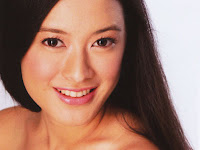 I really don't know you. I remember my mother-in-law watching you in one of those mediocre teledramas and I always tell her: She's beautiful AND she can act; so what the hell is she doing in that crappy TV series?

Chorus:
Let her cry
for she's a lady
Let her dream
for she's a child
Let the rain fall down upon her
She's a free and gentle flower growing wild...

...Be careful how you touch her for she'll awaken
And sleep's the only freedom that she knows

And a silent wind still blows that she can only hear
So she goes...-- WILD FLOWER

Dear Kids, I just read about Obama's wisecrack during the ASU graduation rites:

"Now, before I begin, I'd like to clear the air about that little controversy everyone was talking about a few weeks back... I think we all learned an important lesson. I learned to never again pick another team over the Sun Devils in my NCAA bracket. And your university President and Board of Regents will soon learn all about being audited by the IRS."

Bwahahaha! That last line was so cute. Immediately after delivering that punchline he smiled at them like a naughty gangsta as if saying "Chill, Dudes. I'm just messing with you." Reminds me of JFK's American University speech where he began by teasing his old friend, Bob Byrd:

"...distinguished guests, my old colleague, Senator Bob Byrd, who has earned his degree through many years of attending night law school, while I am earning mine in the next 30 minutes..."

Incidentally, since Dick Chenney, that ugly old goat, is hogging the headlines again, pontificating about the use of Torture and the virtue of pissing on the bill of rights, he would do well if he reads that JFK speech where he said that...

"what kind of a peace do we seek? Not a Pax Americana enforced on the world by American weapons of war. Not the peace of the grave or the security of the slave."

Up yours, Chenney. That was the kind of peace you and your neocon colleagues tried to ram down our throats when you were in power. The kind of peace bought by waterboarding and torturing detainees in Gitmo and Abu Ghraib. Just so you know that we will never forget, that kind of policy did not result in peace but in more than

3,000 AMERICAN SOLDIER'S DEATHS UNDER YOUR WATCH.

I really do not like him and his neocon comrades who are still talking their heads off in FOX news network. But before I fantasize about pushing the button to unleash the nuclear bomb on them, I should remind myself that in the American University speech of JFK, he gave a compelling reason why we shouldn't hate our enemies too much to the point of wishing to rain down thermo-nuclear warheads on their asses:

"For in the final analysis, our most basic common link is that we all inhabit this small planet. We all breathe the same air. We all cherish our children's futures. And we are all mortal. "

Dear Sadie, I took you and your sisters to the last day of the 39th PCP convention yesterday. For a little while I left you in the play area to listen to the Forum on H1N1 conducted by WHO representatives.

When I came back to fetch you guys, your yaya told me that you made a boy cry by hitting him with the plastic ball he was trying to steal from you. Sage said the boy was a typical brat and she did not hit back when he kicked her. He was smaller than her and younger.

But the boy is older than you, Sadie, and bigger. Your Yaya Ning wanted to apologize to the boy's yaya but she told her "makulit talaga yan, buti nga sa kanya."

Your sisters were smiling from ear to ear when they were recounting the story to me. I told them if this happens again you should ask the teacher or any grown up to stop the bully. I didn't condone it.

and in the darkness bind them"


Dear Tristan, IN the Philippines of my generation, the ring that rules has Four corners. Good or ill it is capable of forging a common bond between us Filipinos.

Tomorrow I shall be watching, with your Ninong El and Grand Dy, within the Darkness of a movie theater the Fight between Pacquiao and Hatton. In a previous post when he faced DelaHoya I said that it would be the last time I shall be rooting and giving my prayers to Manny since I thought he was going to lose. The Odds against him beating DelaHoya was staggering. That's why even though I really don't like Pacquiao, I wanted him to win.