Only reminds me of you

I am jailed by your memory.
these bars of sunlight
and walls of scented smoke,
and brown woods with picture frames,
of evening coffee stains

Dear Sage, this morning while watching TV we came across this Video. We sang along. The poem above was read by an actress in one of the scenes there. it was hauntingly beautiful.
Written by TK at Saturday, January 31, 2009 2 comments:

Yesterday, Sage sashayed on Miriam's catwalk. But I wasn't able to attend her 80's Fashion show. everybody was there except for me and Tristan. I came by to pick them up around 4pm but unfortunately, it rained very hard. That's why I got stuck in Katipunan traffic.
Written by TK at Saturday, January 24, 2009 4 comments: 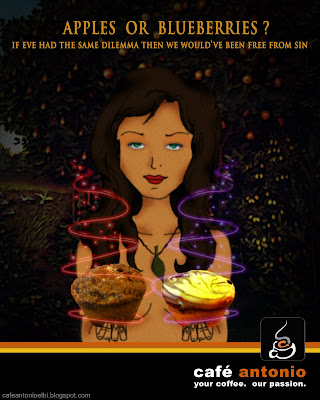 Cool poster, eh? Yummiest muffins. or are they cakes?... whatever.

from www.cafeantonioelbi.blogspot.com
Written by TK at Thursday, January 22, 2009 2 comments:

You Deserve Much Better Than Me

Dear Kids, When Michael "Magic" Johnson was asked to speak to the graduating class of his HS alma mater, he told those African American kids something profound. Back then he was the idol of each and everyone who watched the NBA. But he told the graduating class that his deepest wish is that they do not follow his lead and instead he hoped that they will become doctors, lawyers, engineers instead of being NBA players. He is practically telling them, "Hey, hit the books instead of just shooting hoops. Education is more important than winning championships." It's like he's telling them that they deserve to be much better than him.

Ask the average african american pupil nowadays, they will only give you a puzzled stare when you ask them if they idolize Michael Johnson (they will think you got the name wrong since they are more familiar with Michael Jordan). and who is their idol these days? Who do they want to be when they grow up? They want to be like Barack Obama.

They are way past idolising hs graduate nba players. They've grown up.

When you ask filipino kids nowadays who their Idol is, I bet 9 in 10 will say they idolize Manny Pacquiao and would like to be like him when they grow up.

surely, our kids deserve somebody much better.
Written by TK at Thursday, January 22, 2009 No comments: 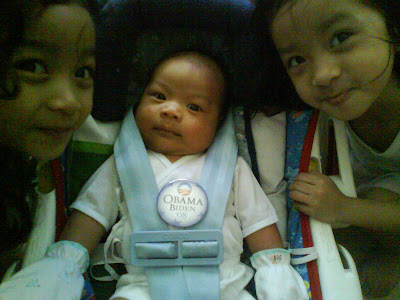 Was it just last night?
has it been that long?
I can never tell.
Maybe because
The more I have you
The more I need you
Like a caged beast
crazed by hunger,
craving flesh 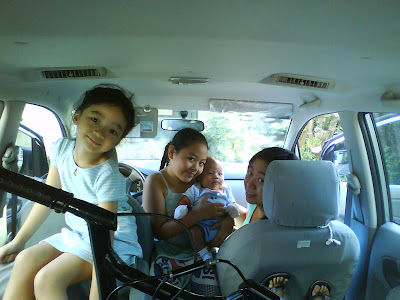 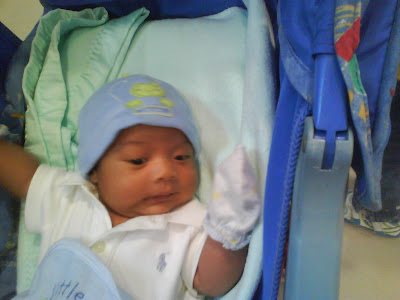 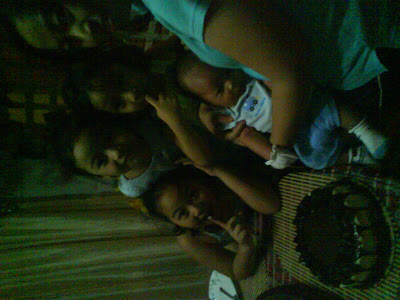 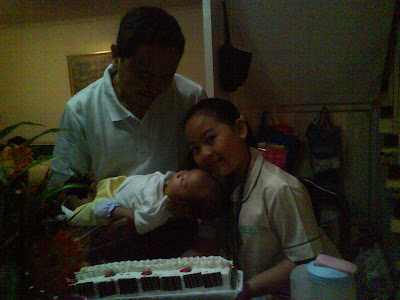 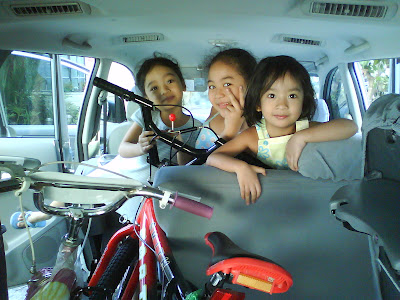 Ideal Pets for My Kids

Dear Kids, December 27, 2005 I blogged about seedsofpeace.org I'm reprinting the entry here with some modifications...

Dear Sage, About a decade ago I saw a very beautiful picture in a news magazine. It showed red haired kids, who were probably your age, shouting excitedly while watching a sporting event (probably football.) It was taken in Northern Ireland, a country bitterly divided between catholics and protestants fighting a bloody civil war. The magazine pointed out that The Kids in the crowd were both Irish Catholics AND Protestants. Theirs was a generation untouched, unsoiled, unbloodied by the violence of the previous ones.

A decade later, Ireland is relatively peaceful (compared to Afghanistan and Iraq.) I can't help but think that those kids have something to do with it.

SeedsOfPeace.Org is an organization whose ideal is to bring Peace to the generations to come. Maybe peace will come slowly, every generation realizing a piece of that dream. Hopefully in yours, there will be more children playing and watching soccer games without caring whether they have red hairs or black, Protestants or Moslems, Children of Southern Developing Countries or Scions of the Northern States.

Exactly 3 years after I've written this entry, on December 27, 2008, Israel started bombing Gaza strip. It has been going on since then and the end is nowhere in sight.

This means that another generation of Palestinians and Israelis are growing up and are seeing each other as Enemies that need to be wiped out from the face of the Earth. This is what their elders are teaching them. It is a lesson that they learn every single day, especially since December 27.

Another tragic footnote to this affair is that when the lameduck president of the US, EX-PRESIDENT W. Bush, was asked to comment about the deaths in Gaza strip, he laid all the blame on the Palestinians. This was taken by Israel as a signal to raise the level of their attack on Gaza with little regard for women and children who are caught in the crossfire.

In all his 8 years in the whitehouse, he only made one speech that is close to being memorable. He said a few years back (in the Rose Garden one sunny afternoon after the news finally reached him about a Palestinian teenager who strapped on a bomb and committed suicide deep inside Israel) these words:

"When an 18-year-old Palestinian girl is induced to blow herself up, and in the process kills a 17-year-old Israeli girl, THE FUTURE ITSELF IS DYING."

With EX-PRESIDENT W. Bush's careless comment, he made sure that the FUTURE ITSELF CAN NOT BE RAISED FROM THE DEAD.

Please Pray for Palestine and Israel and all the victims of his failed foreign policies.
Written by TK at Tuesday, January 13, 2009 2 comments:

Dear Sabine, you were baptized on our wedding Anniversary (January 18) back in 2004. one of your Ninongs is Dr. Basel El-Sawalhi. He is our classmate back in medical school. I usually spend my free time at the library because unlike your Mom, I had to actually STUDY hard to pass the exams (She on the other hand pass those exams easily sometimes even without studying.) and whenever I need somebody to explain complex biochemical principles, I usually ask Basel. He can easily explain those principles to Dodo's like me. It's a gift. He was kind enough to agree to be your God Father despite of the fact that he is a Moslem.

He is also a Palestinian. After graduation he went back to his country to serve his people in Gaza Strip, Palestine.

We haven't seen him for a long time.

Pareng Basel, Our Prayers are with You, Your Family and all the People of the Book living in Palestine and Israel. 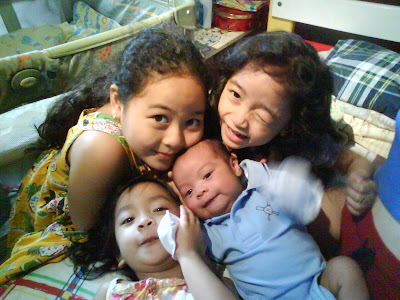 Dear Kids, this was taken this morning. First part of the video below was taken last night that's why it's dark. The second part was recorded after we took your picture above. Notice how you change the lyrics of the song to piss me off. 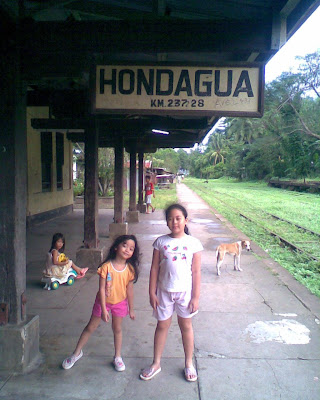 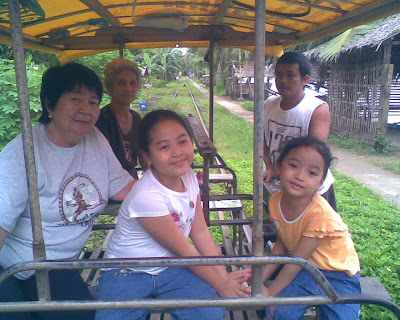 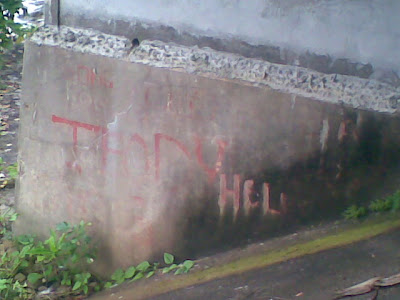 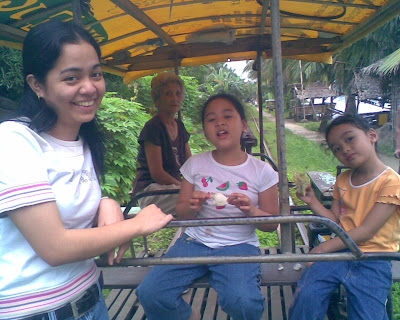 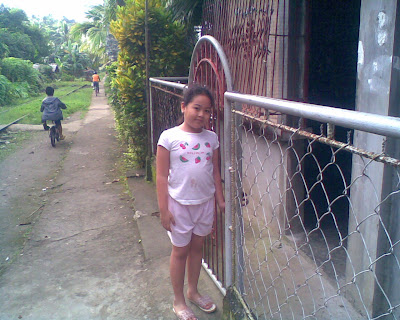 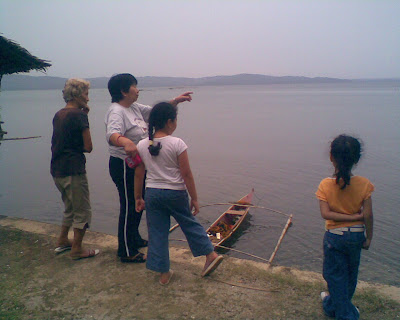 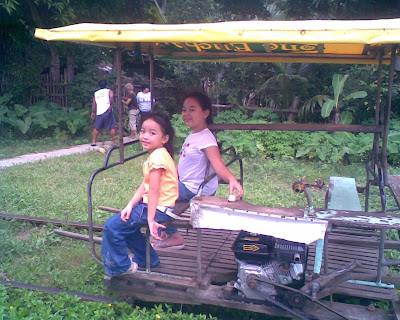 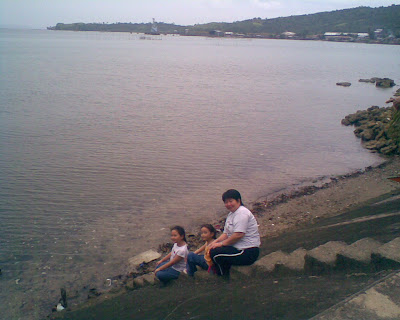 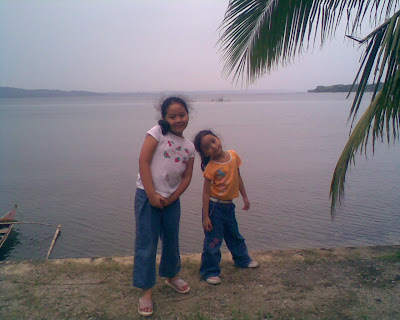 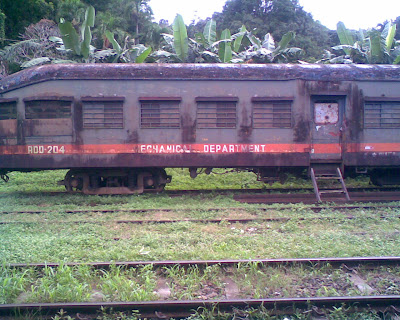 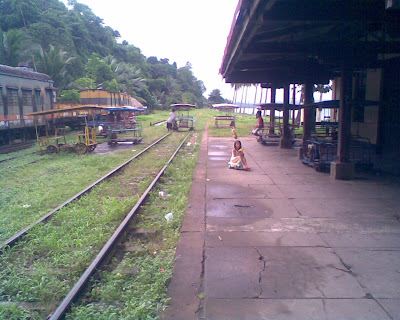 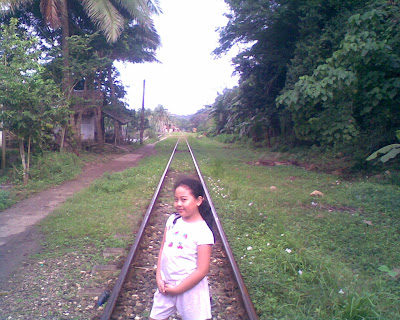 Dear Kids, it's 2009. This will be my first blog entry for this year. Let me begin it with a good measure of Hope.

On our way to Hondagua, Quezon, I heard about this amazing story about a Father and Son Triathlon Team. The Father was 40 years old when he started training. That's the LEAST incredible part of the story. What's more incredible is that he had to literally carry his son along in all three events of the Triathlon. His son has Cerebral Palsy.

Theirs is a very inspiring story. I'll let you read about them here.

and you can also watch their youtube video above.